It seems that any promise I make myself or others to write with certain frequency is doomed to fail, but after restructuring the website a bit and declaring a new set of guidelines for what I will do here, I believe that this will be my last first newsletter! An exhausting year of experimentation and soul-searching has somewhat settled as I find myself home, mostly employed, and writing graduate school applications. I'm not sure what to make of the realization that I only maintain this website when my time is demanded elsewhere, but if it means that I make more use of this space, I won't dwell on it.

This is probably your first letter. Now, don't feel bad, as I've been reluctant to share much from this blog while it, and life, were in such flux – but that also means that I might as well start from "Episode 1" once more. If you've poked around this blog much before, the format of this newsletter will read like bullet points of what would normally be whole articles (if I had the money and attention span to write them). If you're new, in these letters, I'll be giving brief impressions of media (anime, books, games, etc.) that interest me, so that you might have a look, too.

If you know anyone who might be interested in these little updates, please share! If there are shows or books you'd like me to try, you can always hit me up. And with that, here we go!

After receiving a free ticket from the New_ Public, I got to attend Unfinished Live, a conference exploring the decentralization and ethical use of tech. While some of the talks were interesting, and I felt I could see eye to eye with some of the other attendees, I was a little put off by the focus on Blockchain, which I still don't understand despite having to put up with several hours of discussion about it the day I went. Nevertheless, I got some notes that I think will be helpful as I write my grad school apps – which I'm still procrastinating as I wait for my new desk and keyboard to be delivered home.

The Bridegroom Was A Dog (犬婿入り), by Tawada Yoko: One of my friends recommended the author, who currently lives in Berlin and writes in both German and Japanese. I especially enjoyed the first of the volume's two stories "Persona", which features a young Japanese woman studying in Berlin with her brother and describes familiar encounters with people's stubborn expectations of race. The second story shares the book's name and was, as you might guess, a little less relatable. Nevertheless, I found myself invested in the cram school tutor Michiko, almost as much as the mothers who started sending their kids the long way home to go spy on her.

Islamophobia and the Politics of Empire, by Deepa Kumar: Beginning with the premise that Islamophobia is not merely religious intolerance, but racism, and that racism is an mechanism for imperial expansion, Kumar traces how the racialization of Islam has been employed throughout American history. Between my own learning and just Being Muslim in America™, I felt that I'd come across some of the her ideas and arguments about Orientalism, capitalism, and race in isolation, but to now see them presented so eloquently in relation to one another was both informative and satisfying. Frankly, it's also terrifying to read about how ingrained the blatant disregard for human life is in our daily lives, so I recommend pacing for my brown friends.

Life Lessons with Uramichi Oniisan (2021): The daily life of seriously depressed pro gymnast-turned-children's TV host Uramichi Omota and his colleagues. Despite his bleak outlook being played for laughs, Uramichi's inappropriately timed remarks about life's emptiness often run just long enough for me to realize that I agree.

You Shine in the Moonlit Night (2019): A high school boy Takuya overcoming loss befriends his terminally ill classmate Mamizu, who tasks him with completing everything on her bucket list on her behalf. I tend to avoid movies that I know will be sad, but I enjoyed watching the pair's relationship blossom as they discovered how a life can be honored and remembered, which I've recently been thinking about myself. 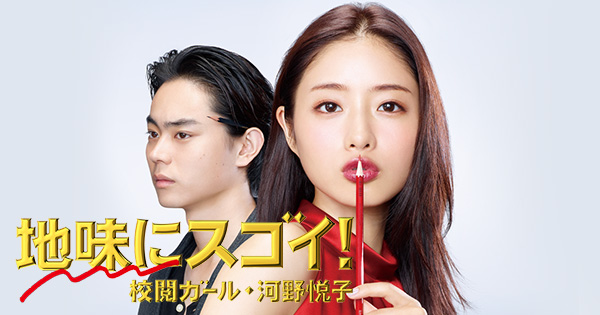 Pretty Proofreader (2016): Aspiring fashion editor Etsuko works as a proofreader in the basement of her favorite magazine's publisher, bringing new energy to the office while ruffling feathers through her extreme methods of fact-checking. I enjoyed the refreshing depictions of healthy relationships onscreen, as well as Ishihara Satomi's wide range as an actor. Maybe most importantly, I learned that "editing" and "proofreading" are two different jobs that are each overworked! True as it may be, I wish "the hustle" weren't also rationalized onscreen.

Pokémon Showdown: It only recently occurred to me that this counts as a game, even though I've been playing over the past year whenever I've felt the need to procrastinate. I don't usually enjoy PVP games because of the commitment I feel they require me, but Showdown includes a Random Team mode that lets you battle others without all of the stressful optimization necessary in competitive play (so you can blame RNG). I'm pleasantly surprised that it hasn't been DMCA'd like every other fan-made project that dares to use Nintendo IP – not that I'm complaining, but where and when is the line drawn?

Hades: My friend got this for me as a birthday present after singing its praises over the past year. I'll admit I didn't think to try it myself because of my generally poor reflexes, but the game mechanics and story aren't just built to compensate trial and error like I'd expected, but reward it, too. So, thank you for the present, and sorry for being late to the party!

Song of the Week

While it's not quite a "reference", the title of today's newsletter is inspired by Lupin the Third, which I watched for the first time earlier this year. I instantly fell in love with the opening theme, which probably has countless arrangements I could spend all day hearing. The header GIF features the titular Lupin and his associate-lover-rival (it seems to depend on the day) Fujiko.

S2:E7 The Real End of the Filler Arc

I'd written this post months ago, but for some reason never got around to sharing it. Now it looks like
Dec 19, 2022
7 min read
Jul
18

Back in Tokyo, I would sometimes check out the Tokyu Hands in Shinjuku to buy art supplies that would inevitably
Jul 18, 2022
7 min read
May
10

Over the last few weeks, I got over my Crary-induced Luddite phase and discovered a cautious new interest in wearable
May 10, 2022
6 min read
Apr
19

I've been experimenting lately with different methods of self-expression in pursuit of some medium that would allow me to be
Apr 19, 2022
5 min read
Apr
08

Well, I'm officially headed to grad school! I will be attending the Interactive Telecommunications Program at NYU Tisch, where I'll
Apr 8, 2022
5 min read